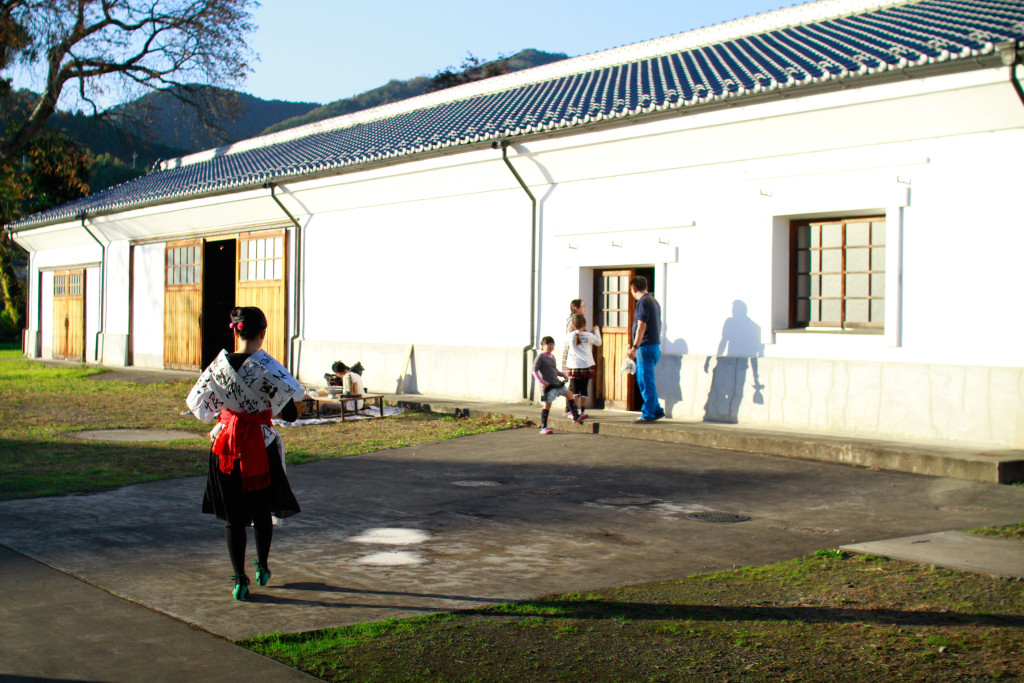 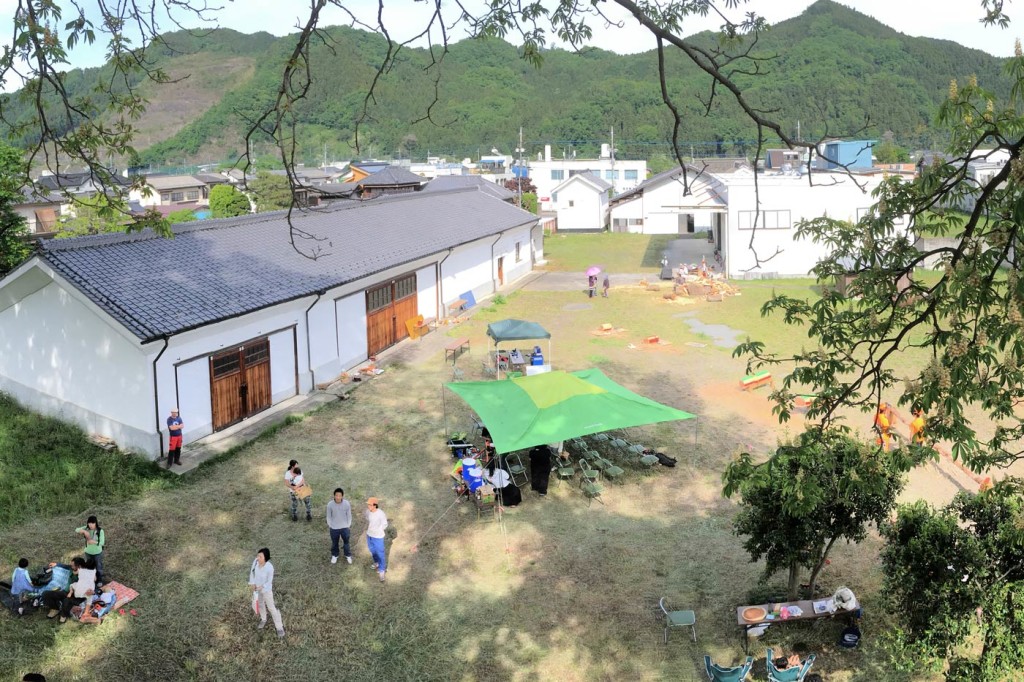 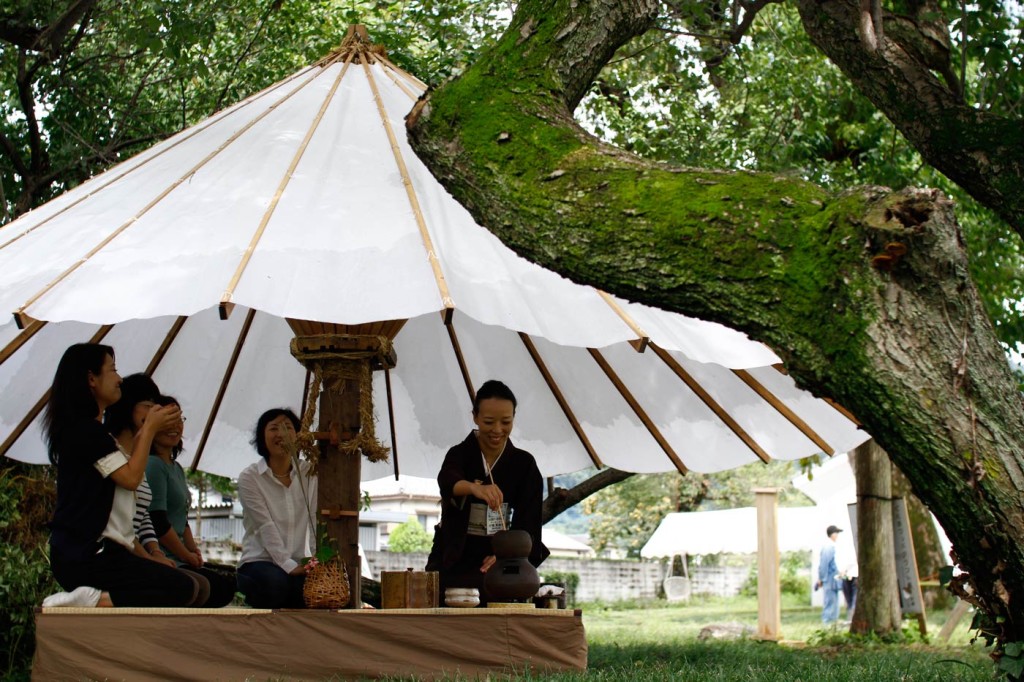 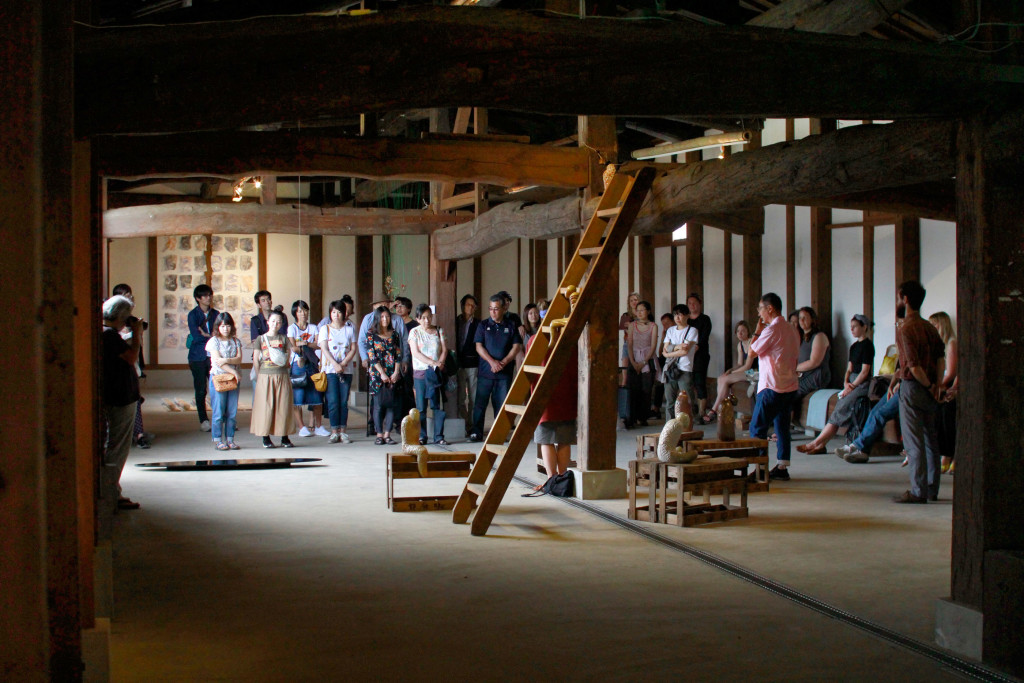 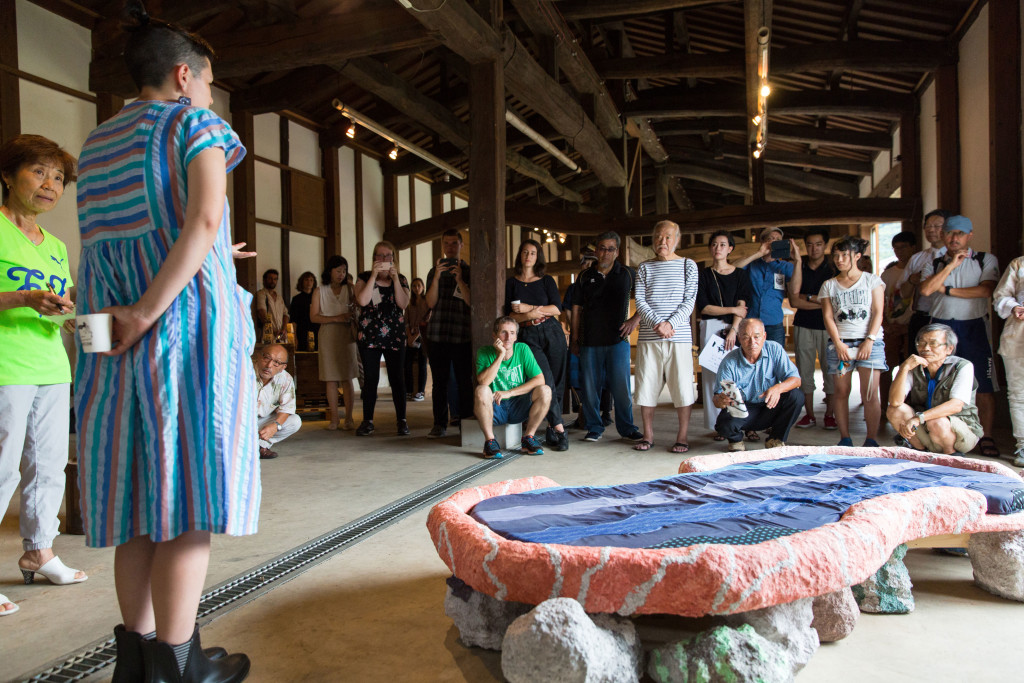 The brewery is the main exhibition space and a space for workshops. The former Fujisaki Soubei Shouten company’s 2-acre 280-year old sake brewery.

The space was nicknamed ‘Jyuichiya,’ or ‘Shop 11’ in Japanese, referring to a group of eleven brewers who moved to Onishi from Shiga prefecture in the early 1700’s. There are 3 traditional storage buildings (kura) used as exhibition spaces, a warehouse, a kitchen, and a tea room. 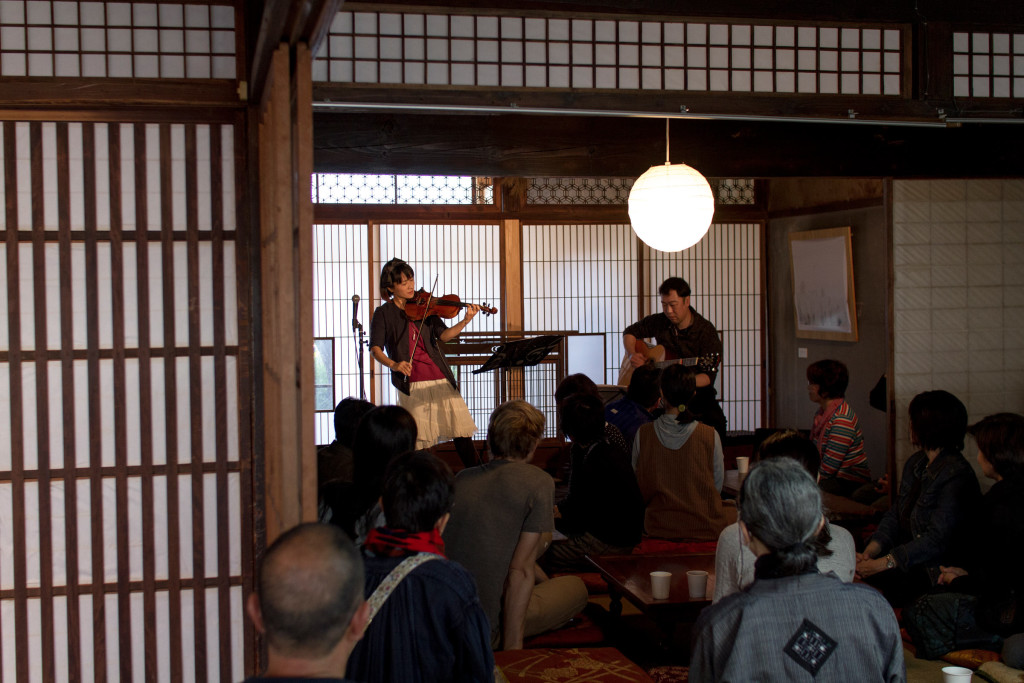 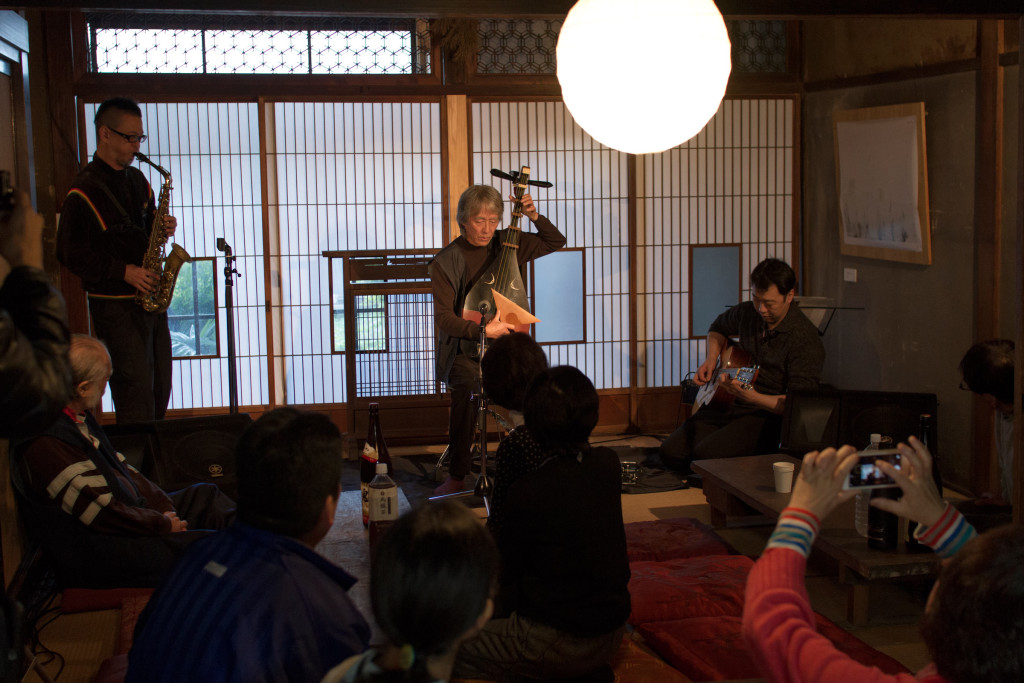 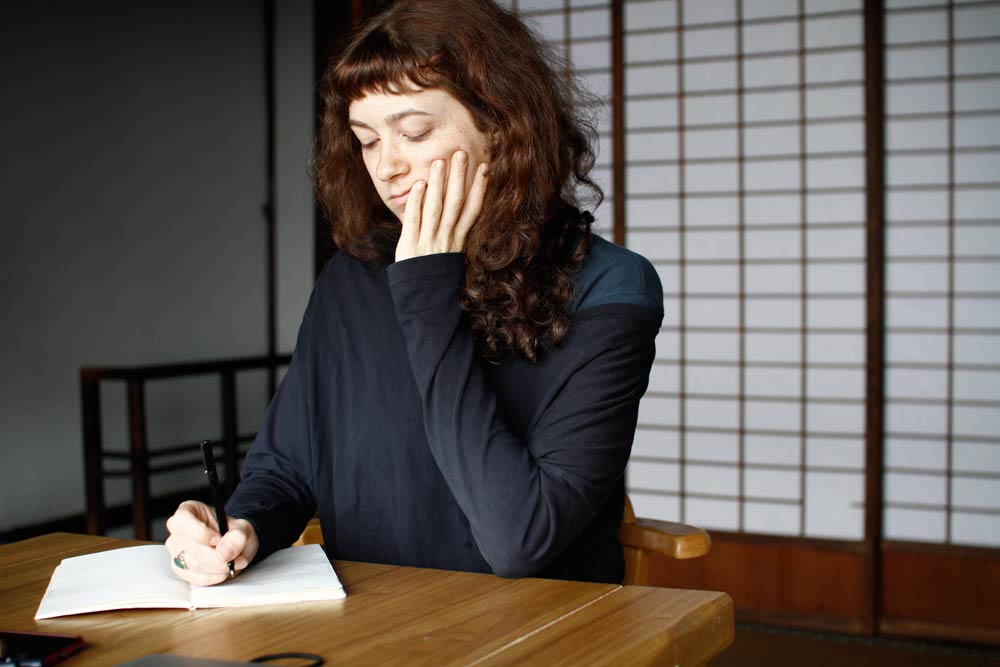 The main structure, Kinuya, connects Onishi to its past as part of the silk road. In the early twentieth century most area farmers were involved in silk production. For decades, the 100 year-old building served as a collection point for local silk on its way to be processed in factories.

In the second half of the twentieth century the market for Japanese silk moved overseas and the town of Onishi began to lose its cultural identity. Much of the Onishi population moved to larger cities, as did the original Kinuya owners.

Shiro Oni Studio uses the building as a gathering place and central hub to the surrounding buildings. We use Kinuya as an exhibition space, a cafe during festivals and a place for concerts, workshops and parties.

Writers, musicians, or conceptual artists working in ‘clean’ media can use the rooms upstairs as a studio. 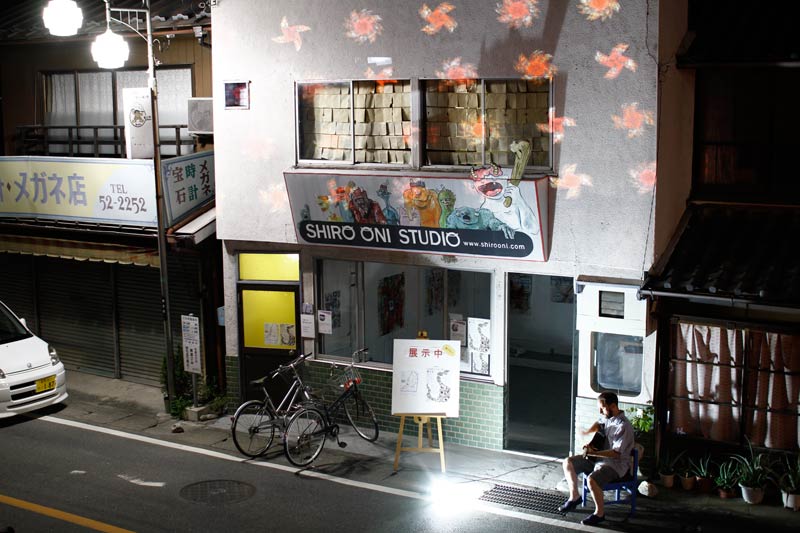 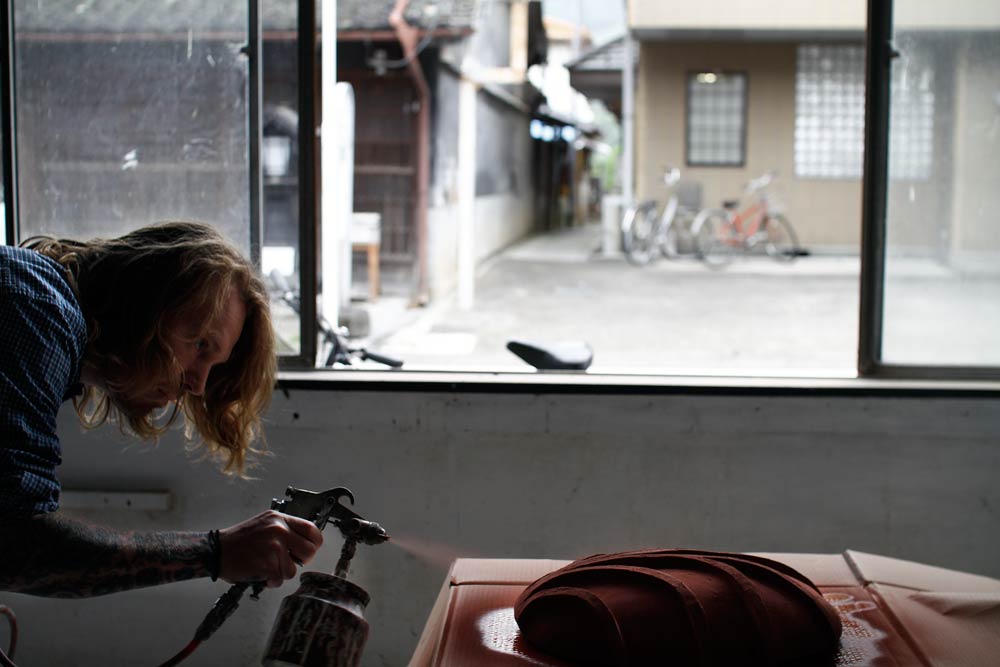 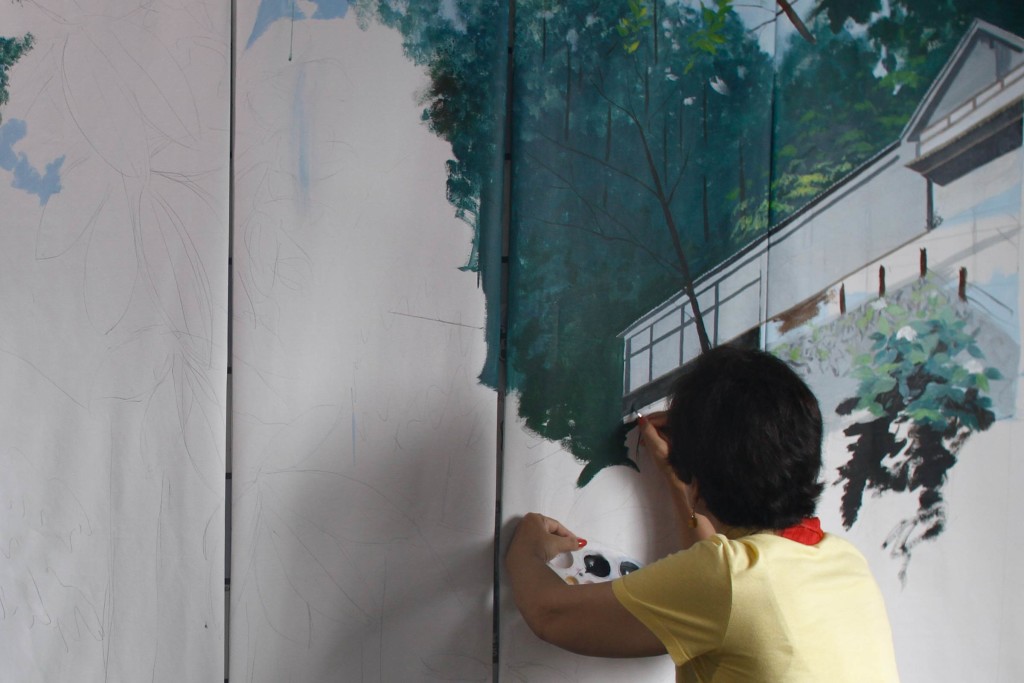 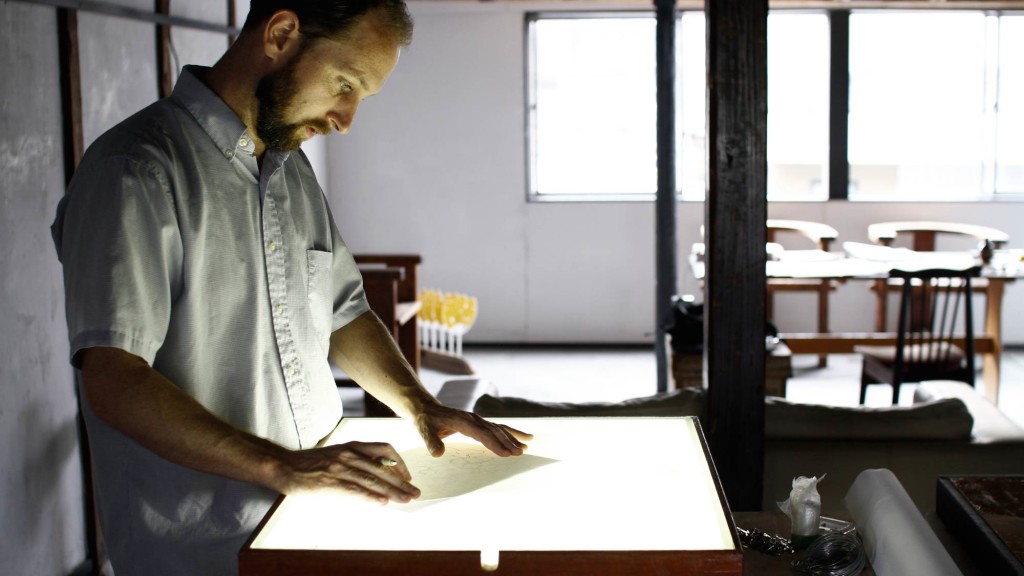 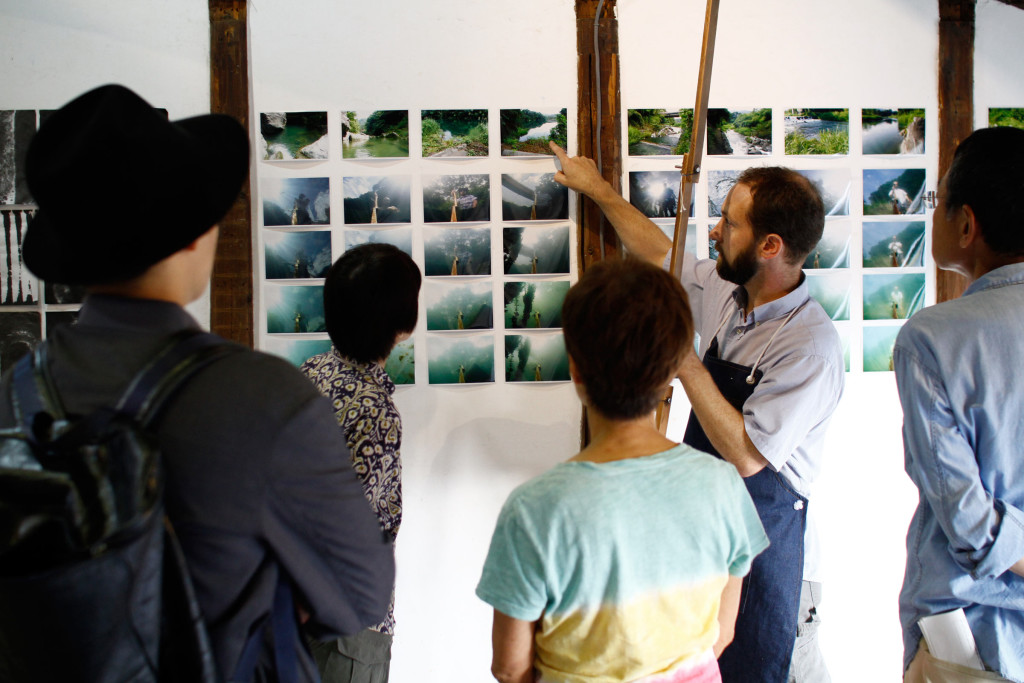 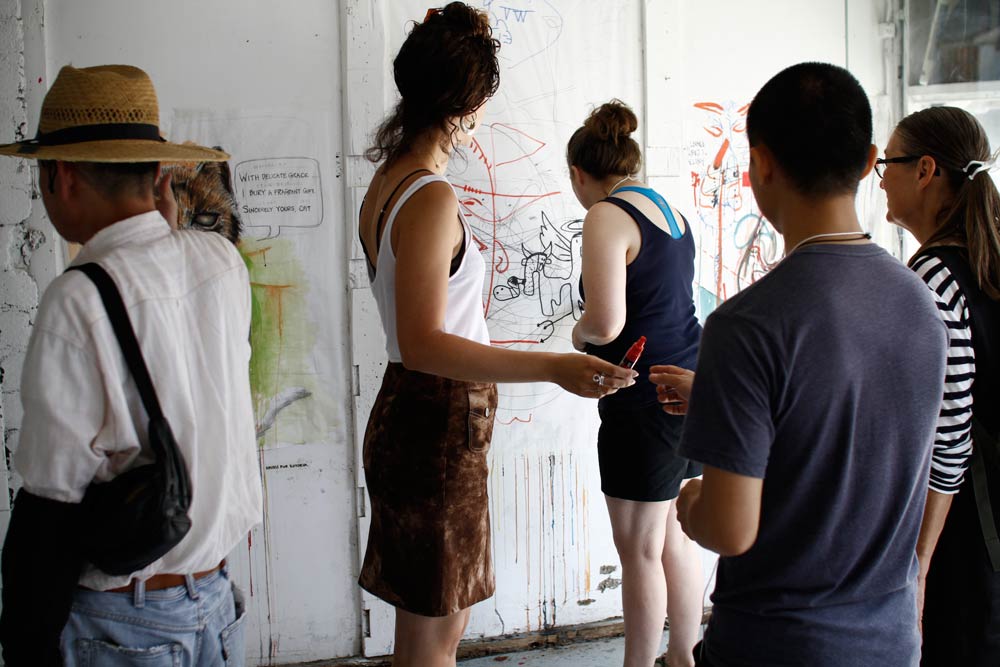 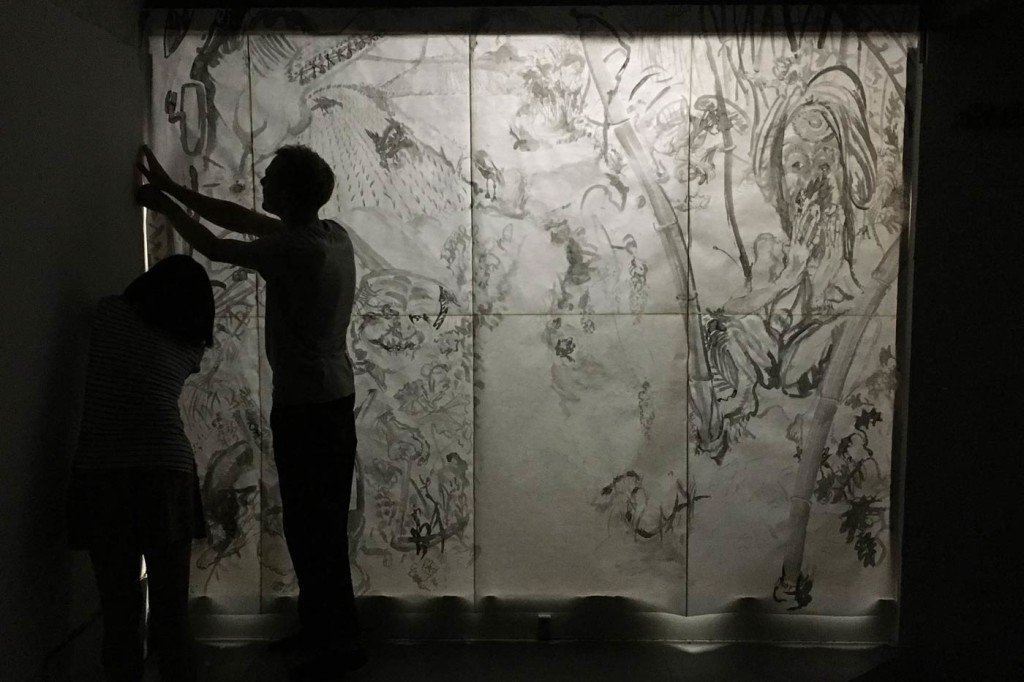 There are 5 studio spaces in the Shiro Oni Studio building.

The first studio remodeled for the residency. Several truckloads of cheap lumber, paneling and drywall were removed to reveal the original tsuchi kabe, or earth and plaster walls. The walls were then restored to their original condition using a type of plaster called Shikkui. 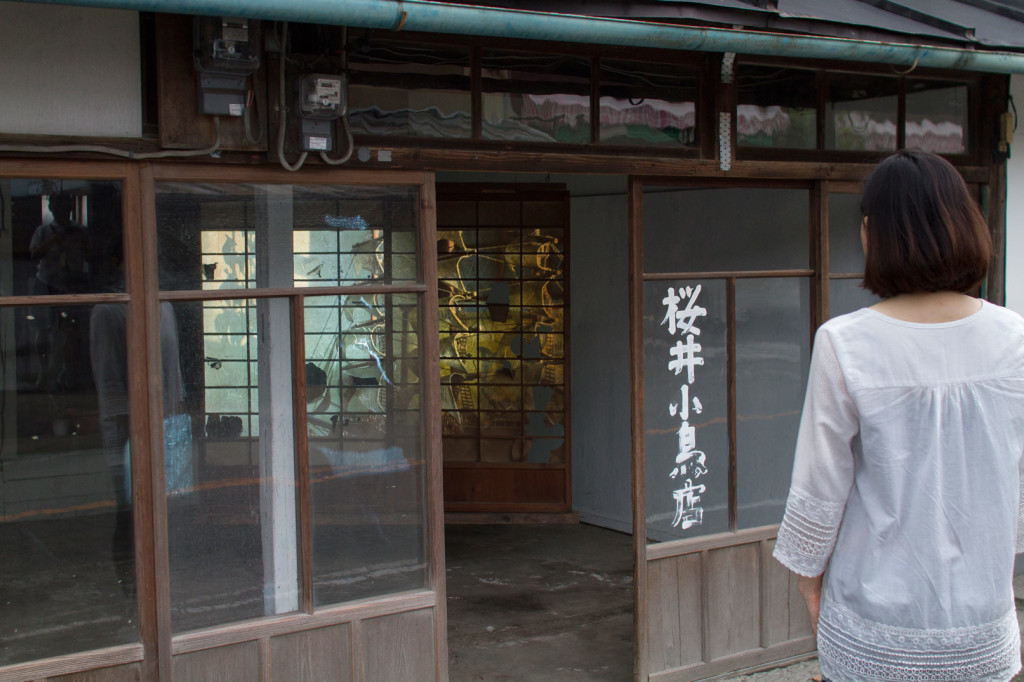 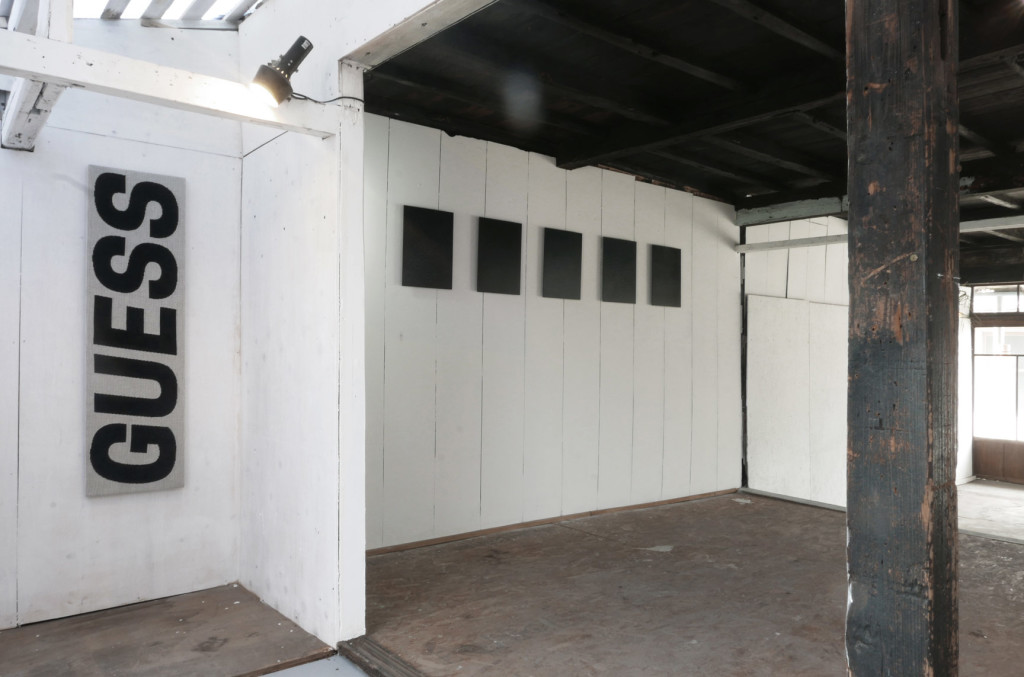 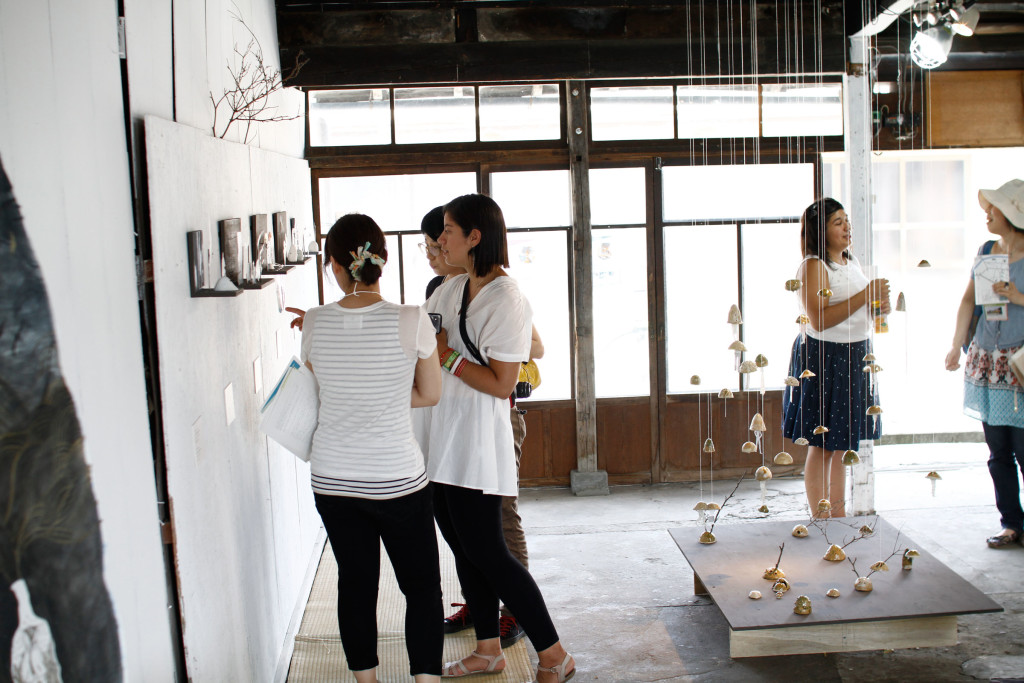 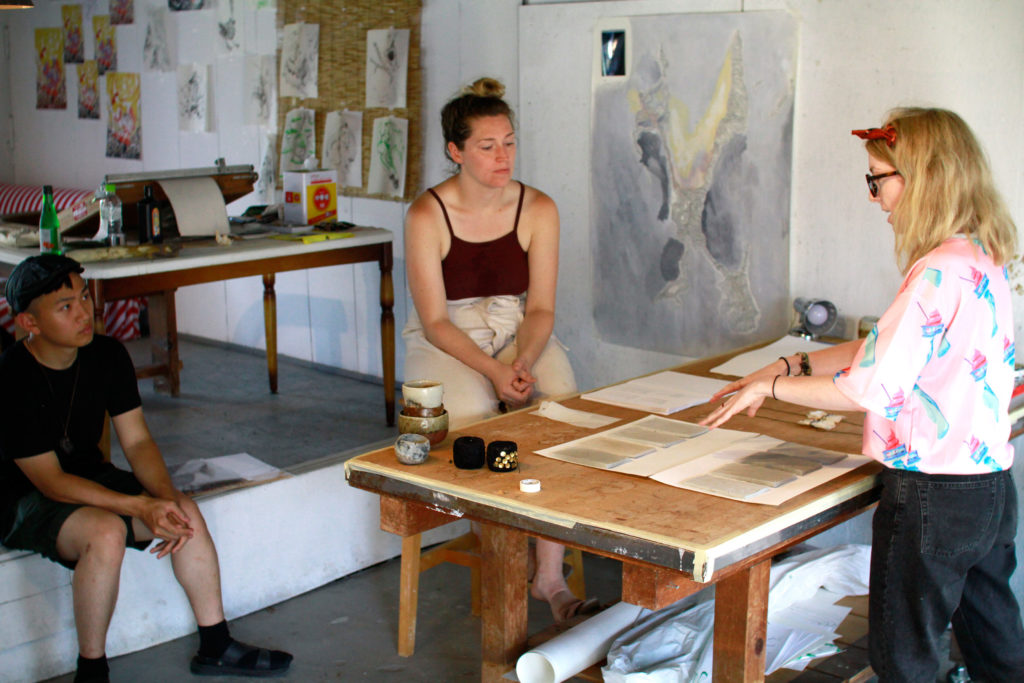 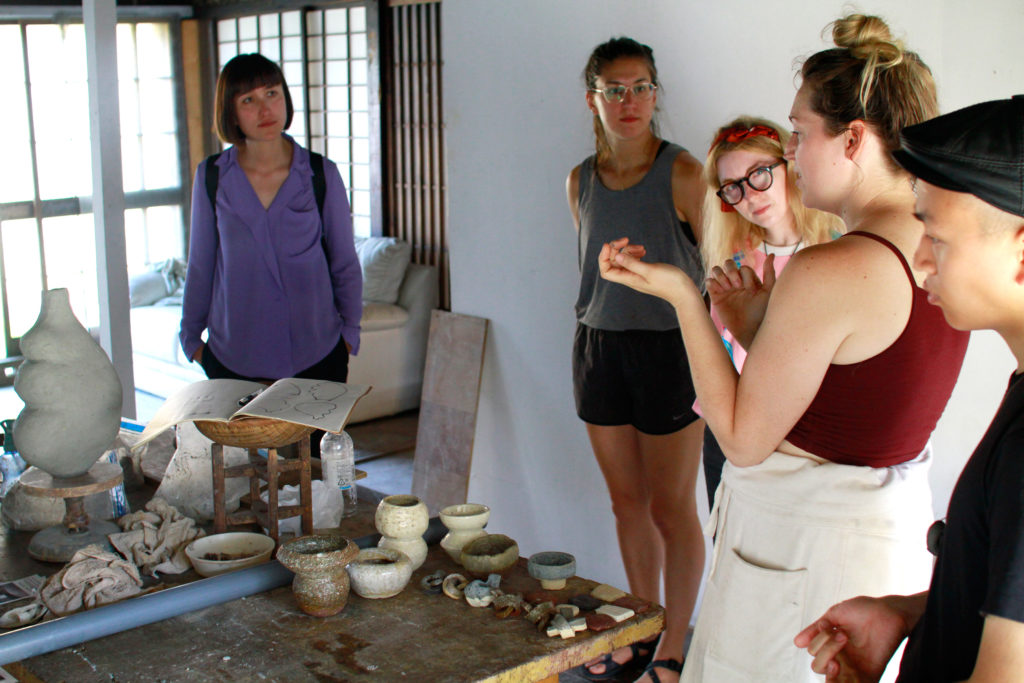 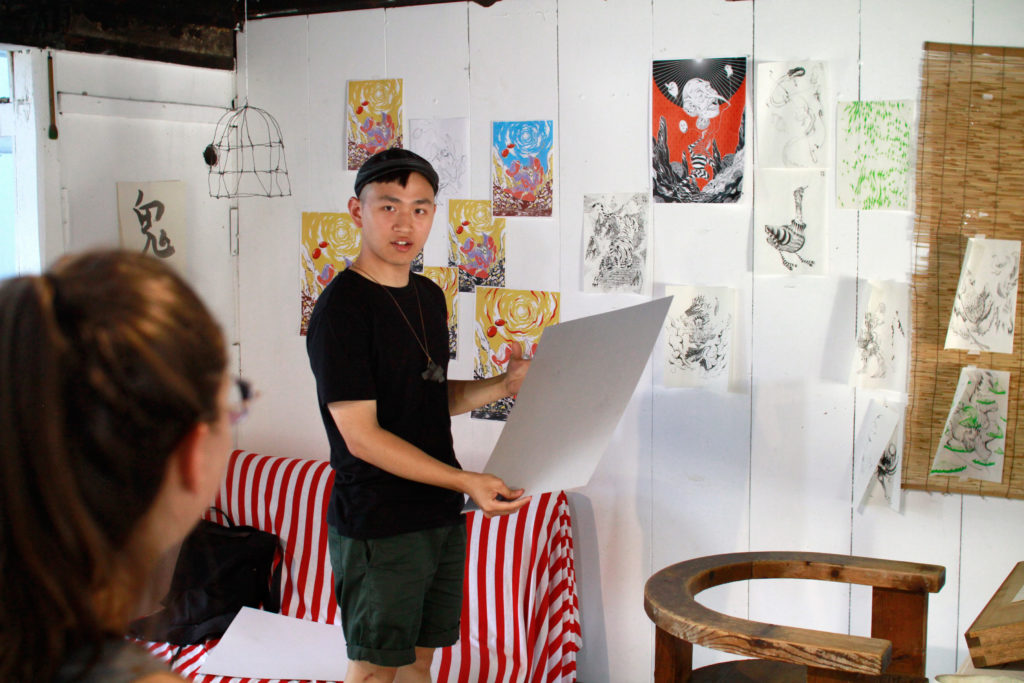 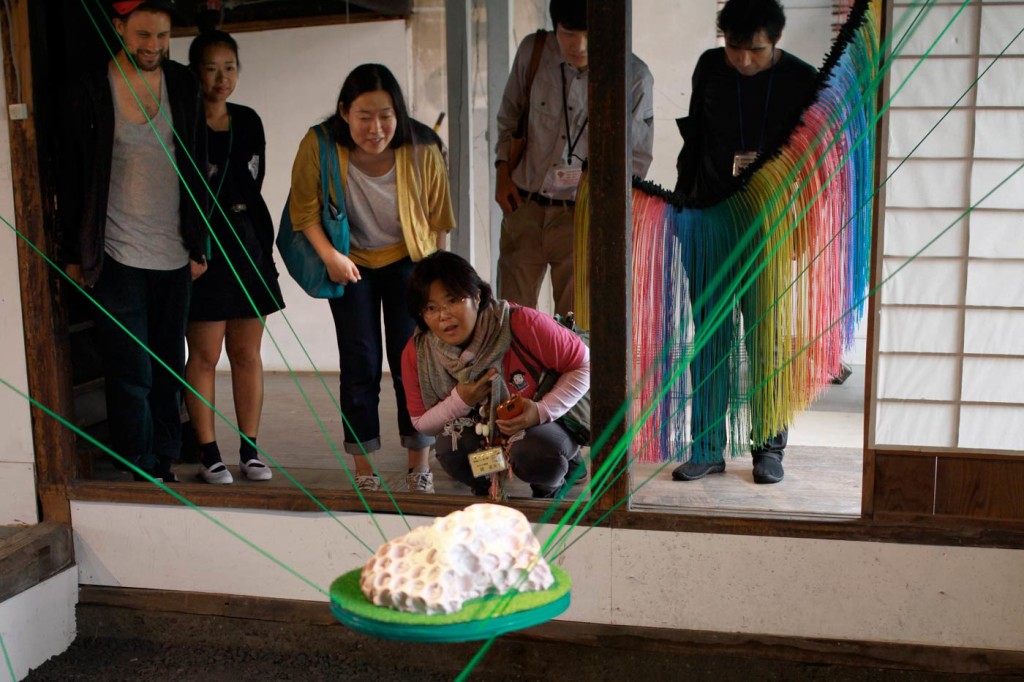 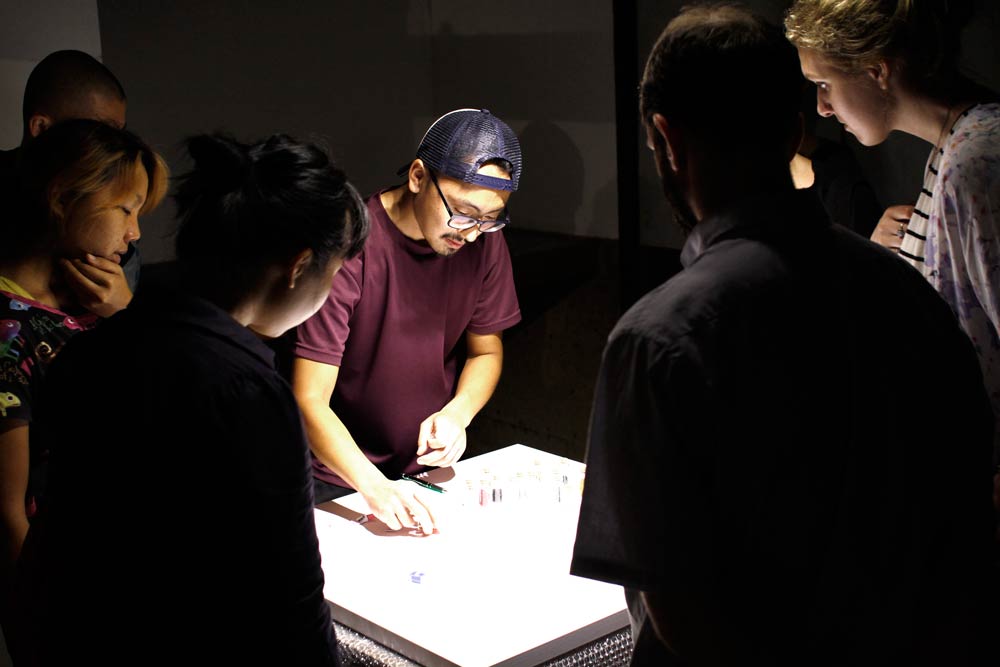 The name ‘Kotoriya’ means ‘small bird shop’ in Japanese. The building has had a long history over the last 80 years. Kotoriya was also used as a motorcycle shop, and a fish market.

There are 5 studios in the Kotoriya.

The building is a 30 second walk away from a 7-11.
Artists have 24 hour access to the studios. 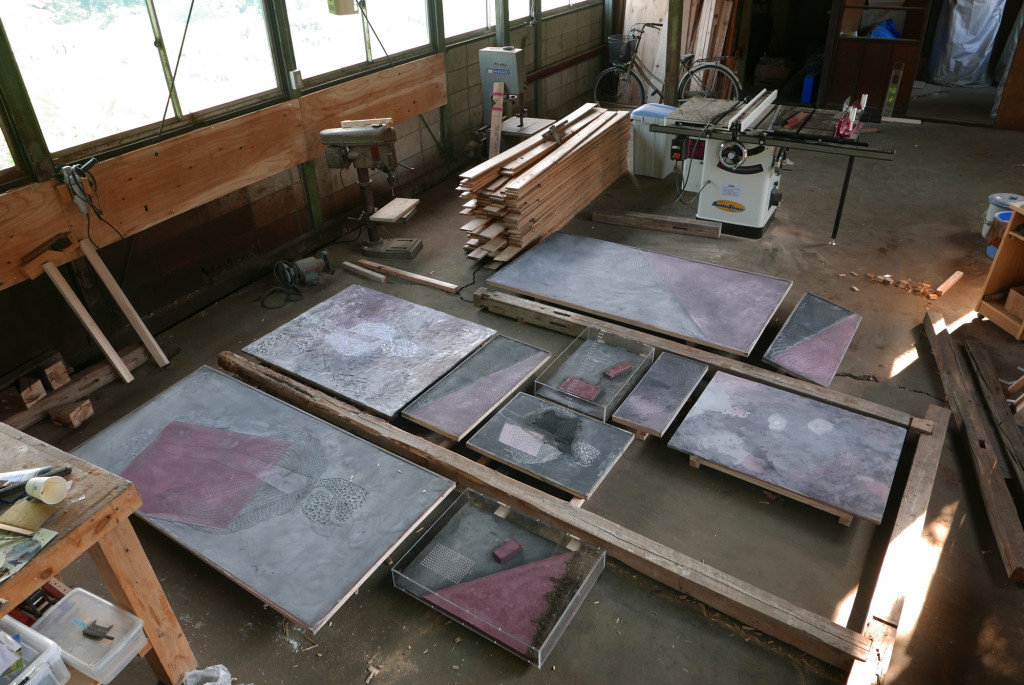 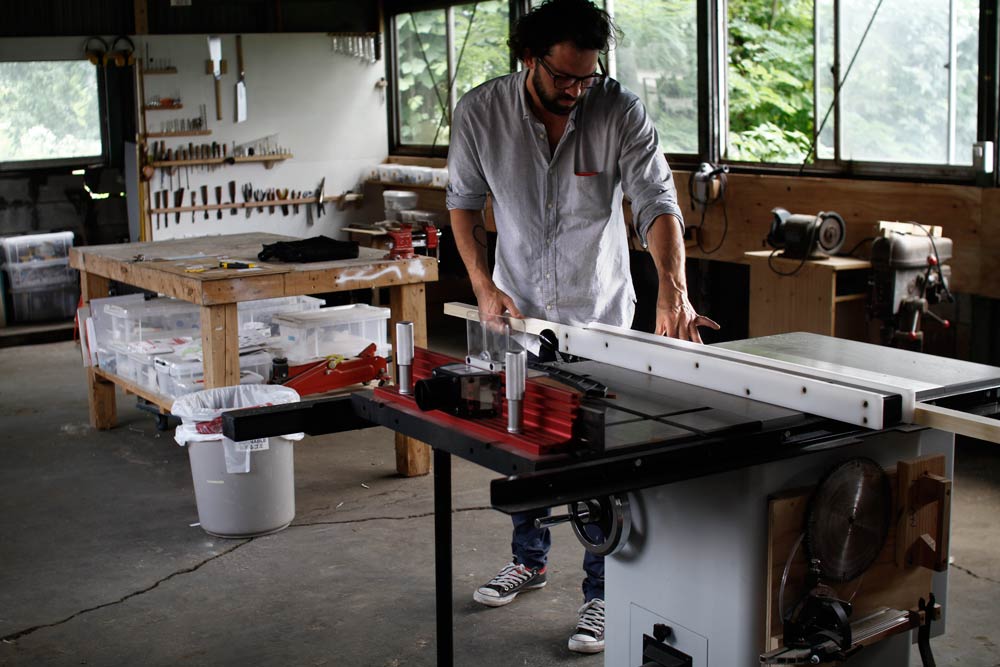 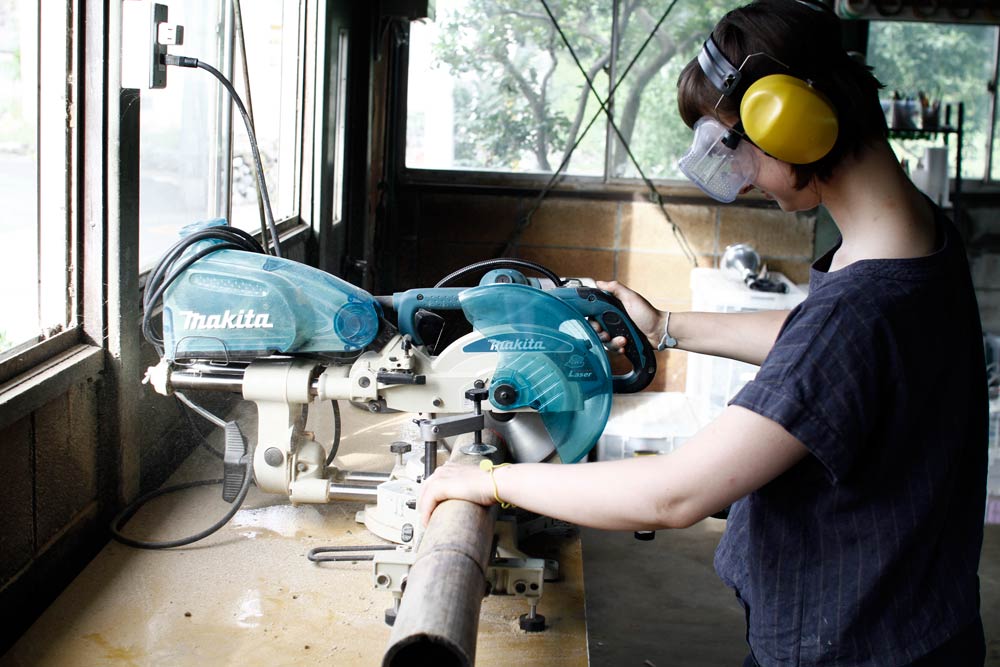 All artists have access to the woodshop during residency working hours (9 am to 5 pm). The key must be returned to the office before 5.
The shop has a table saw, sliding compound miter saw and a drill press. There are also hand drills, a planer, band saw, sanders, circular saw, a grinder, a biscuit joiner and lathe.
A complete list of residency tools and equipment will be sent to residents before arrival.